While in Namibia the discussion about the recognition of the genocide of the Nama and Herero is omnipresent, the German media barely reports on it and even less is taken note of by the general public. Is that true?

The project team, consisting of a German and a Namibian participant, set out with the thesis that while “Germany” can be found in all corners of Namibia, many people in Germany know little or even nothing about the colonial past and its influence on the world of many people today, in order to conduct interviews with various people and to work out their perspectives on this topic – in Germany as well as Namibia.

The ASA Project 2017 looks at existing perspectives on German-Namibian relations.

The documentary film “Perspectives“, created by combining these interview excerpts, was presented on September 18, 2017 as part of the Heritage Week celebrations at the Goethe Center in Windhoek. The film is not a representation of German-Namibian relations and has no claim to evaluate perspectives. Rather, it provides insight into which perspectives exist and is now to be used as a basis for further dialogue. Guided by the idea of making existing similarities as well as differences in the awareness of the common relationship visible, it is primarily about reflecting on one’s own position and the question of which aspects exist, are missing, are incomplete or do not accurately describe the situation. And it is about the question of a common culture of memory; whether it exists or should exist – and how it should look like or be achieved.

Since the presentation of the film at the Goethe Center, the film was met with great interest in Namibia and invitations to NBC, the Namibia University of Science and Technology and the John Muafangejo Arts Festival have been issued, which, in addition to screening the film, have also initiated a Q&A round. Thus, the ASA project achieved its goal in 2017 and made a contribution to a joint discussion with an important and topical topic concerning Germany and Namibia.

We hope to be able to stimulate a dialogue in Germany with the help of the film.

On the Namibian side, the project was accompanied by Ndemufayo Kaxuxuena, who is the head of the company FreeYourMind!

We would like to thank all sponsors and supporters who made this project possible!

In the first round of 2015, the two phases had a very different focus:

The project phase in Germany dealt with the discussion of stereotypes regarding African countries. This took place through workshops in schools and presentation in various institutions. The feedback we got, has proven the importance of our project.

“What kind of pictures do you have in mind when you think of Namibia?”

In numerous workshops at schools and universities, the aim was to make stereotypes visible and to question what causes them and what effects they can have if they do not correspond to reality.

The image of “Africa” as a country

In our society, our ideas of “Africa” are often closely linked to stereotypes and characterized by one-sided reports in the media. This picture of the “black continent” is rarely questioned and very few topics are dealt with in German schools – although there is a close connection to the various countries, both in the past and today.

The example of Namibia strongly illustrates this: Very few pupils are aware of the colonial past and the economic relationship between the two countries. The “picture” that emerged throughout – whether we were talking to seventh-graders from a comprehensive school or students at Humbold University – usually corresponded to the picture of a poor country with many wild animals. In most cases, nothing was known about the relationship that Germany and Namibia share. The surprise about that, as well as that Namibia has good universities, or own Music Awards, was accordingly big.

Strong and above all negative prejudices

Stereotypes are simplified ideas about people. Although this working pattern is important for our brain, in everyday life they unquestioningly reproduce the attribution of privileges and disadvantages to different groups of people.

What does our image of Africa and Namibia look like? We hear about hunger and wars every now and then. It’s hot and there are exotic animals. And many people are poor or have AIDS. But is that all?

Questioning our image of “Africa”

The school workshops are designed to make students aware that it is easy to get a one-sided picture of different topics, countries and people. The existing imagination of Namibia will be illustrated interactively and then supplemented by a short lecture. In a concluding discussion we will then work out a diversified picture of Namibia. In addition to providing specific information about this country, the aim is also to enable pupils to transfer their newly gained insight to other African countries.

Implementation and duration of a workshop

The workshop is designed to be interactive and to pick up the students at their level of knowledge. There is a change between conversation and lecture, which is strongly underpinned by the media. This is made particularly realistic by the speakers. A team of two, a Namibian and a German, can draw this picture very closely on the basis of their own experiences.

The workshops are designed for at least one double hour (2 x 45 minutes). However, we recommend planning more time for the unit to give room for a group-building process that stimulates the open discussion. In special cases a project day is also possible.

While in Germany we continued Welwitschia’s work there with the workshops and lectures, our work profile in Namibia overlapped completely with the tasks of Welwitschia in Namibia: supporting young Namibians in their educational opportunities.

Knowledge of a good application – from cover letter to job interview – is crucial for education and career opportunities. However, this knowledge is not taught in schools. Welwitschia in Namibia has set itself the task of compensating for this need. The ASA team 2015 supported this work and held application workshops at schools and the university. 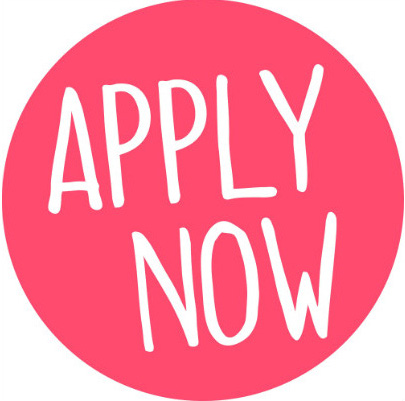